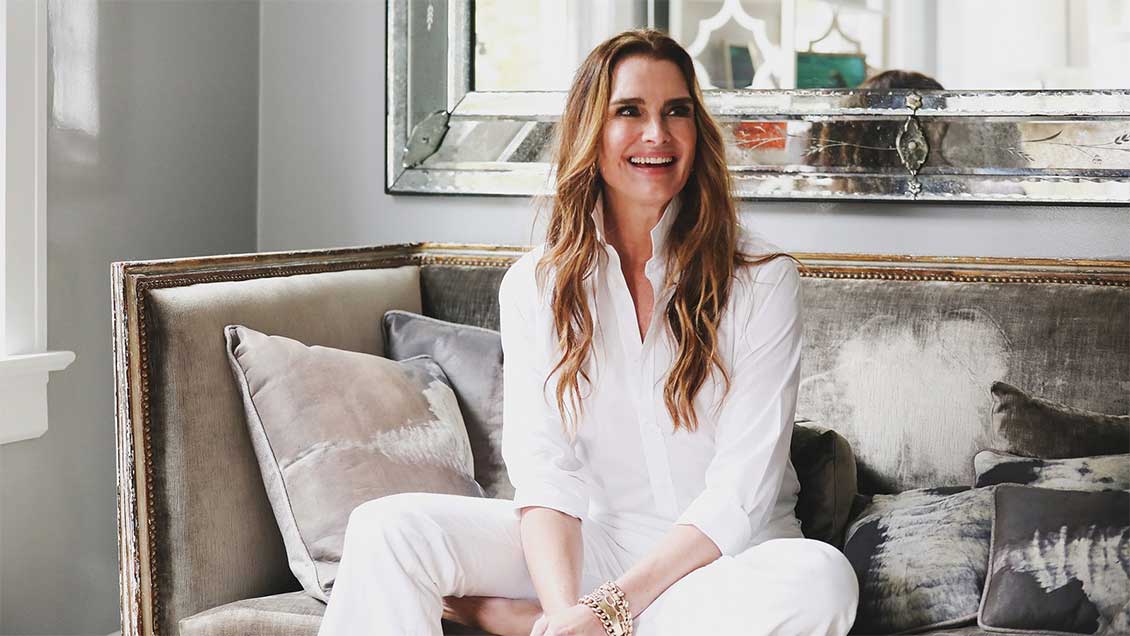 FROM A PORCH SWING TO AN AT-HOME EXERCISE BIKE,
5 ITEMS THE ACTRESS CAN’T LIVE WITHOUT IN HER HAMPTONS HOME

Brooke Shields spent a good portion of the past several months shooting on location in Scotland—in a castle, no less. “The cast rented out the carriage houses, so every morning I woke up and pretended I was royalty,” says the actress, who stars in the Netflix movie A Castle for Christmas (in Cayman, we have our very own Castle home, but no, this isn’t the location for the new movie!). “I love the idea that Netflix is doing rom-coms where the women are empowered. The women are the ones trying new adventures!” In the film, Shields plays a famous romance novelist who sets off to Scotland to rediscover her roots and write her next book after the world has turned on her for killing off a favorite character. Says the 56-year-old star, “I liked that it didn’t limit how it looked at a woman living this next phase of her life.”

As picturesque as the setting was, she was happy to return to everyday life, and her airy Hamptons house was the perfect landing pad.

“It’s an old house, but when we bought it, it had already been renovated.”

Decorwise, she decided to keep it simple—classic Hamptons with a bit of Hollywood glam. “I pulled a lot of pieces I already owned from storage. My home in New York is a brownstone so it’s a bit more formal, but here I wanted it open and fresh and not too cluttered. It’s all about art and color and the things I like to see every day.”

From her beach house office, she’s been working on the launch of her next project, “Beginning Is Now,” a platform celebrating women. “This is probably the most terrifying yet exciting endeavor I have ever done,” she says. “It’s born completely out of this feeling that the women of my age are no longer represented. I want to say, ‘Hey, we are entering a huge, beautiful, next phase of our lives—grab a hold of it and take care of your mind and your body and your spirit.’”

Here are her top five favourite things at her Hamptons home.

“I love this couch, it’s gray velvet and just so pretty,” Shields says. “I think it’s possibly Victorian. I had it in storage for so long and I thought it fit perfectly in this room.” She ended up pairing the couch with a large, ornate mirror she also thought wouldn’t make it out of storage, but the look was just right in her workspace. “I only have a formal office out here at the beach,” she says.

“I am here every single day in the morning with my tea and my newspaper,” Shields says. And she delights in the swing function. “It gives me peace,” she says. “I need to be constantly doing something, whether I’m reading or doing a puzzle or emailing for work, and the swinging is almost a form of meditation.” Meanwhile, at night, it makes for a homey scene. “It’s nice to have cocktails there, too, and to get the late-night recap when the girls come home from a party.” 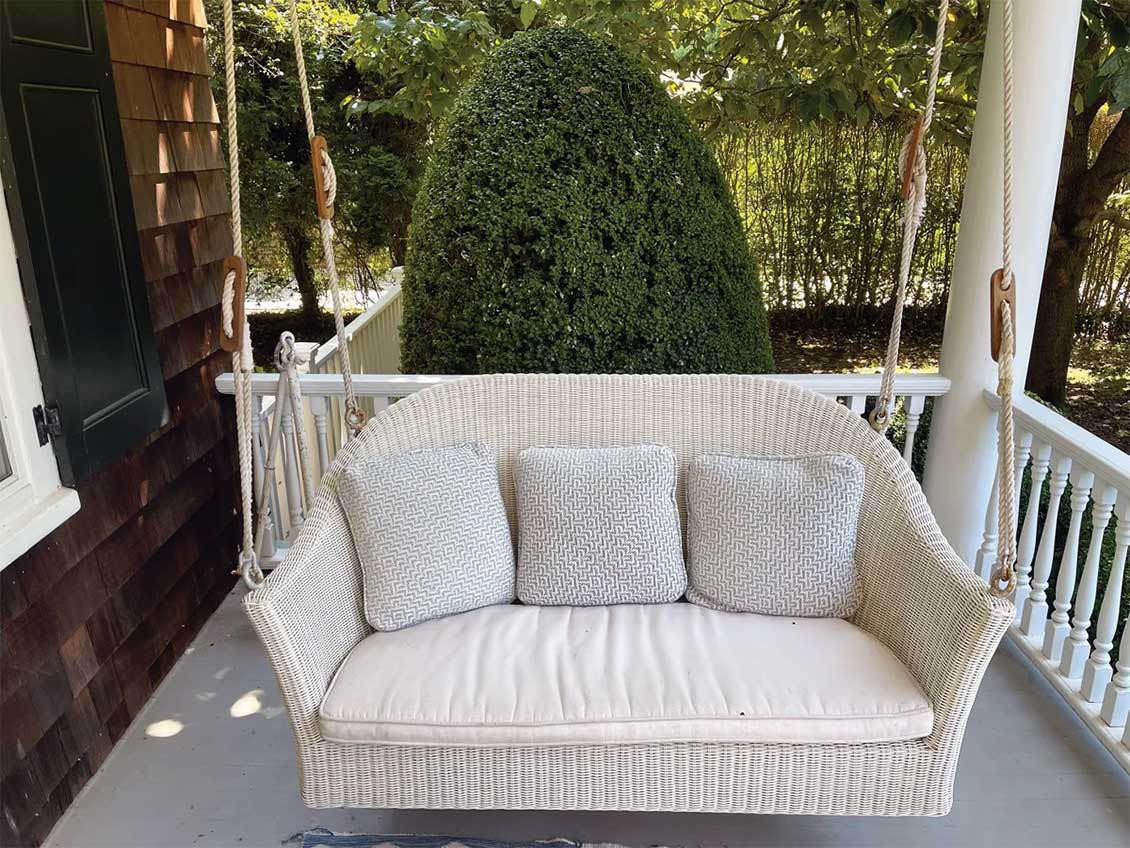 Shields has been going to SoulCycle since 2002 and they gifted her a bike during the pandemic, when their in-person classes were unavailable. “It was one of the things that kept me sane during the pandemic,” she says. “Emotionally, they’ve gotten me through so many difficult periods in my life. When I had postpartum depression, I would go and just peddle away and cry. The message is so uplifting and important—SoulCycle has become such a source of peace for my brain.”

“When I had my first daughter, I was so into everything baby, and little baby feet and little baby hands are so unbelievably sweet,” Shields says. The star oversaw the imprinting process herself, working from a soft plaster kit. “It took a gazillion tries because she was a month old, and it’s hard to have a baby cooperate!” But the keepsake has stood the test of time. “It goes from those little handprints to saying goodbye at college,” sighs Shields, who recently dropped daughter Rowan off for her freshman year. 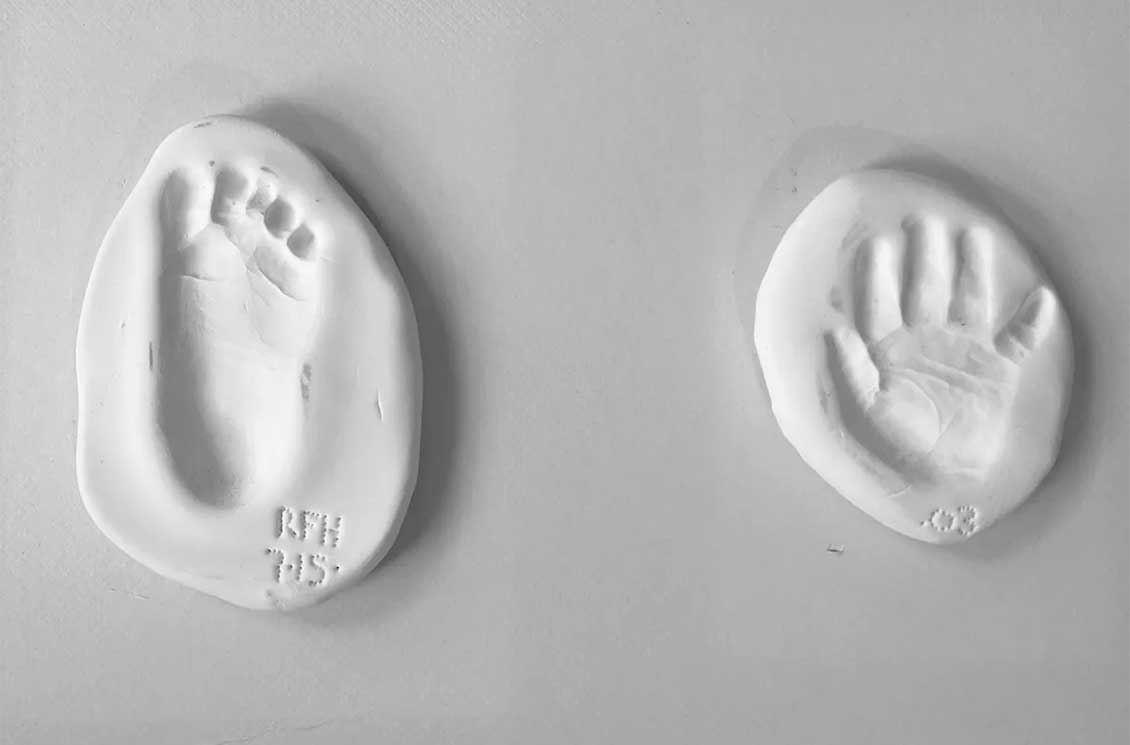 This marble piece is from India. “I was dead set on getting these—they’re supposed to be pineapples, and I love the idea of them being a welcome and the first thing you see when you get to our front porch.”

Located in the sleepy and unspoiled district of Rum Point is a little piece of paradise. Just one visit, and you'll appreciate why this exclusive area is one of the most sought-after property locations in the Cayman Islands. Full time residents and [...]

80 Degrees CaymanOctober 19, 2022February 2, 2023
Pilates Studio ENERGY Pilates will hold its annual Pink for Pilates fundraising event at the ARC at Cayman International School in Camana Bay on Saturday, 29 October. Pink for Pilates was founded by Colleen Brummer, the owner of ENERGY and a breast cancer survivor. This [...]
Read more »