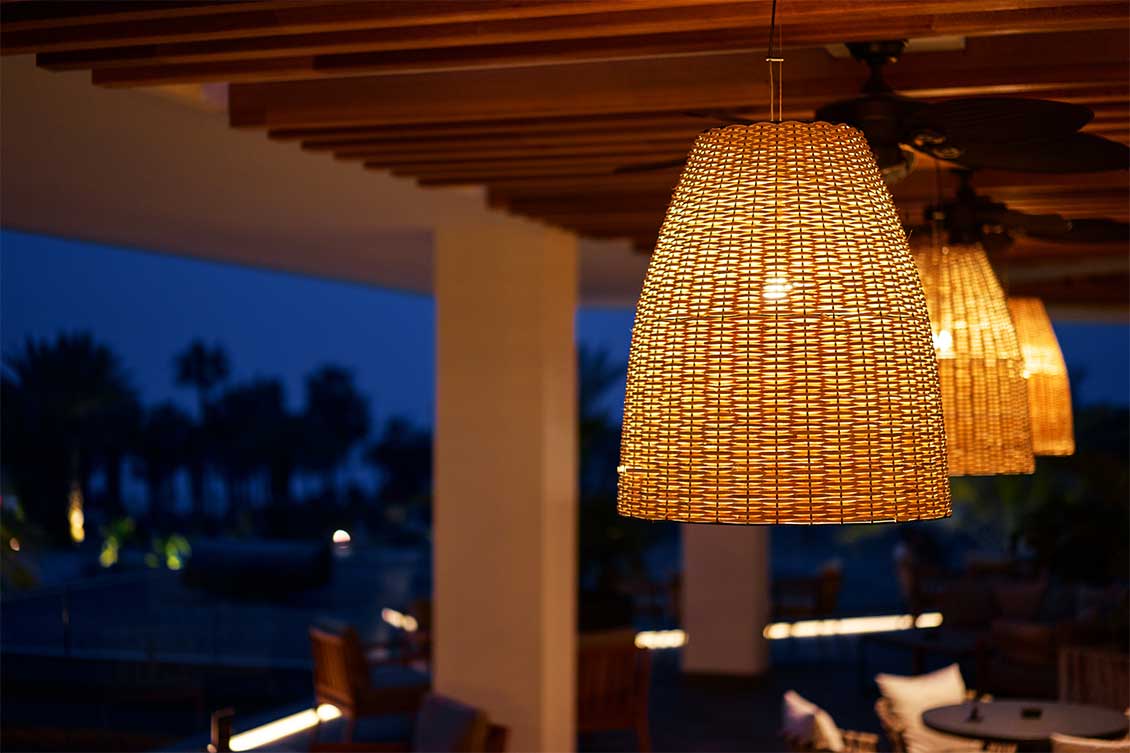 For any form of design—architectural, industrial, interior, fashion—the word “timeless” should never be used thoughtlessly. A look can only be considered truly timeless if it continues to inspire, century after century, without passing into the passé.

Only a small selection of styles achieve this, so when choosing a property, or choosing how to present a property, it’s always wise to focus on those few that do. Five areas that deserve heightened attention include indoor and outdoor living spaces, the kitchen and bathroom, and the overall curb appeal of the home. Here are timeless aesthetics showcased through top-of-the-line properties that span the continent and across the Atlantic.

To invigorate an interior, consider changing the walls to plaster. This material has been held in high regard for millennia—from the lime and gypsum mixture found in the tombs of pharaohs, to the iconic stucco buildings of Ancient Rome, to the marmorino made with crushed marble and lime that originated in Renaissance Italy.
Plaster walls were a mainstay until the middle of the 20th century, when drywall’s affordability made it a popular alternative. But for interior designers, this didn’t last long. Plaster was back in vogue with modernism, and has been prized for its beauty, durability, and the depth of its hues ever since—which is why it was the obvious choice when building this premier property in California’s renowned Pebble Beach resort community.

For the Kitchen: Embrace the Ever-Essential Shaker Cabinet

Though shaker cabinets feature prominently on home improvement shows, this isn’t a recent trend. They hearken back to the 18th century, when the United Society of Believers in Christ’s Second Appearing—known as the “Shaking Quakers” for their ecstatic style of worship—broke away from the larger Quaker movement and began to establish “dwelling houses” across the United States.

With an ethos revolving around honest labor and expert craftsmanship, the Shakers’ simple but exceptional furniture became a must-have for households from the 19th century to the present day. That’s on full display in this design-forward San Francisco house, where the kitchen also plays host to Miele appliances, a marble island, and a retractable glass wall that leads to a dedicated deck for outdoor grilling and dining.

For the Bathroom: Bask in Style with a Classic Clawfoot Tub

If freestanding tubs ever went out of style, it was because cost-effectiveness took precedence over aesthetics and quality. Built-in tubs were cheap and easy to clean, and had a brief heyday when showering became people’s preferred mode of washing. But the clawfoot tub has been an iconic bathroom fixture since the mid-19th century.

The timelessness of the clawfoot tub is right at home in this exceptional Georgia residence, where the stone masonry and brickwork hearkens back to centuries past, but state-of-the-art amenities and solar panel arrays point confidently to the future. The soaker tub completes the primary suite adorned with a limestone fireplace, beamed ceiling, and a walk-in closet fit for a world-class tailor.

Curb Appeal: Bring on the Bold with Black-Framed Windows

Sometimes the classic spawns from humble beginnings, such as black-framed windows. Though they look stylish and modern, they originated in the industrial architecture of the 19th century. As old mills and manufacturing facilities were later appropriated for low-rent artist lofts, workshops, and other creative spaces, they retained their versatile and visually striking black-framed windows.

This aesthetic works as well on a modern farmhouse as it does on a modern art gallery, and it augments the view the same way a bold black frame augments a photograph. That’s certainly the case for this glamorous rural estate in Missouri, which includes both a main house and a guest cottage nestled among the trees of an 8-acre nature preserve.

A porch, garden, or gazebo outfitted with rattan furniture holds perpetual panache—but what historical period does it reference? The modernist resurgence of natural colours, textures, and materials in the 1960s and 1970s? The Victorian embrace of exotic imports in the 1800s? Or even the 1700s, when Viennese braided chairs became well-established across central and Northern Europe? The answer is: all of the above.

Perhaps that’s why rattan décor looks so perfectly situated next to the pool of this magnificent mansion in Nice. The architecture, which blends the aristocratic majesty of the Côte d’Azur with gorgeous contemporary finishes, complements exterior patio furnishings whose popularity and heritage has encompassed multiple geographies and eras.

The features found in these five homes demonstrate that the best designs have long histories, broad appeal, and continued influence. And by incorporating them into your own home or next property search, you can create a living space that’s as perennially relevant as it is radiant.

Large 1.25 acres of land with 265ft of beach frontage on the North Coast East Rd. of Little Cayman. This is a great opportunity to own a large piece of paradise with this amazing beachfront land in one of the most secluded [...]

5 Ways to Stay Fit at Home

80 Degrees CaymanMarch 31, 2020November 1, 2020
It’s long been known that being sedentary is linked to chronic disease; with many around the world working from home and gyms temporarily closed, it’s easy for even those who previously led a very active lifestyle to slide into one much less so. Here are [...]
Read more »

The Flavors of Latin America | A Conversation With Chef Leonor Espinosa

80 Degrees CaymanNovember 4, 2020January 10, 2022
There are few things that connect us to our surroundings, experiences, and other cultures in the same way that food does. This is something that Chef Leonor Espinosa carries at the core of her relationship with cooking. Named Latin America’s Best Female Chef in [...]
Read more »

80 Degrees CaymanDecember 20, 2022December 20, 2022
From East Coast to West, these distinctive foyers welcome visitors and introduce them to their homes’ unique character and style. A Contemporary Welcome LIV Cayman is a unique property, located on 200 feet of beachfront on a site almost 1.8 acres, it offers an [...]
Read more »